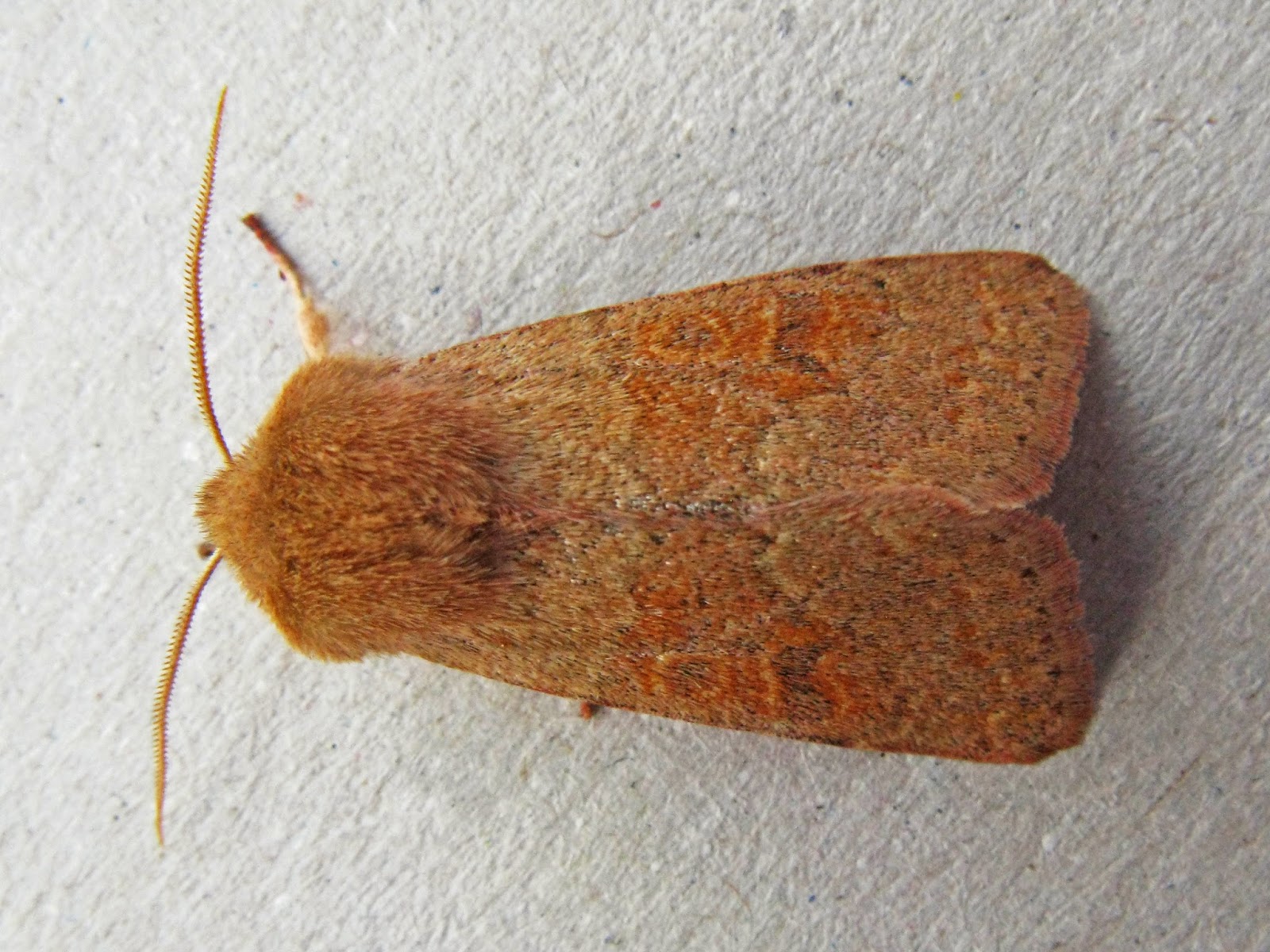 Following a discussion on the Surrey Moths Yahoo Group, I have now set up a Facebook Group specifically for Surrey Moths.

If anyone is interested in anything moth or moth-related in Surrey, then please do come along and join us!

https://www.facebook.com/groups/SurreyMoths/
Posted by Aoj and The Hounds at 11:58 3 comments:

First of all, apologies for the lack of updates from me this year. It's been a busy summer, with little time spent standing still! After coming off Fair Isle in late May, I was offered the chance to return as a volunteer at the island's bird observatory for a month- a dream opportunity that I was never going to turn down (feel free to have a read about my work on Fair Isle on my blog). Leaving Fair Isle in late July, I then headed over to California for a couple of weeks of sun, sea and beer. Poor me.

In between the travelling, I have kept an eye out for moths, even managing a few unusual ones...

It was a bit of a surprise when this Mother Shipton, a moth usually found in open grassland, literally dropped out of the sky onto the garden lawn whilst I was eating lunch back in early June... 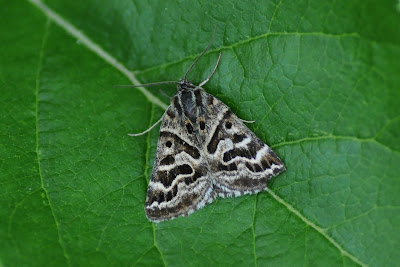 This smart looking micro, Ethmia quadrillella, caught in the garden on 21st August, turned out to be the first record of the species for Surrey. It's a scarce moth, confined mainly to fens and wetlands towards the east of England, but also has a tendency to arrive in Britain as a migrant- explaining the few other records from counties along the south coast. This one arrived on the same night as my highest ever single migrant count of 14 Diamond-back Moths and a Silver Y. 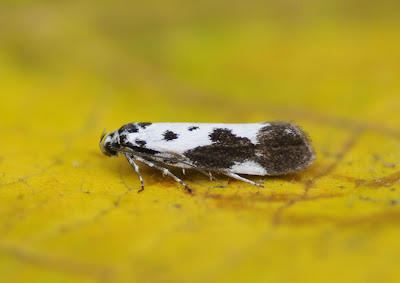 Aristotelia ericinella, caught on the same night as the above. A heathland speciality, probably bred from cultivated heather in a nearby garden- as can be said for a few White-line Darts and a Heath Rustic also caught this summer. 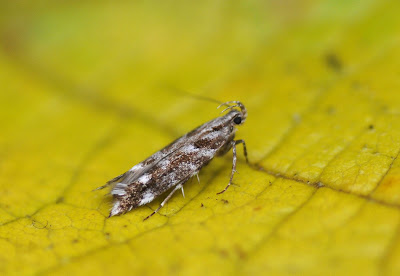 It's been a poor year for Hoary Footman in the garden compared to previous seasons, with only three individuals caught (including this one), and a bad year for footmen in general with no records of Buff Footman, and more surprisingly no sign of any Common Footman. I have recorded Hoary as late as 15th October, so there is still time for a revival... 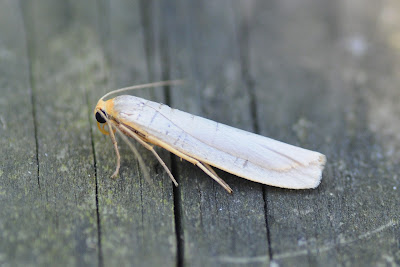 And finally, this Yarrow Pug from 23rd August took the garden moth list to 500 species! 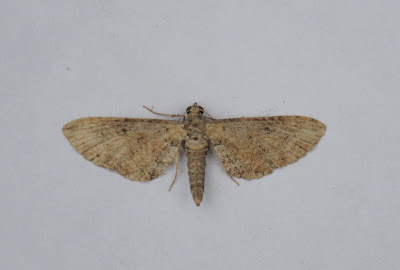 I'm afraid this will most likely be my last update from north Surrey till at least the end of the year as I'll be moving in to Uni this Saturday! Cheers all for reading the blog. Keep it up!

the heart of the matter


I've not been very active this year so far... but I decided to have the trap out on Friday and Saturday nights. I had some nice, though not uncommon, moths on Friday. Yesterday, I had a few different species including a Red Data book species - heart moth. It's seven years since my one and only earlier sighting. Much to my surprise, someone emailed me from the west country to ask if he could 'twitch' it - but I'd let it go by then. I'm still slightly reeling at the thought that someone would travel for a couple of hours to look at a moth in a pot; and only an inch long at that.
I have to admit that the photos aren't terrific. I was fighting intense sun-light which had a tendency to bleach colours out.
I've added one or two other shots from around my garden (Odonata) and the area (larvae). 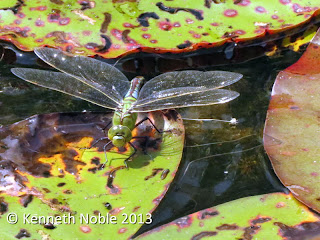 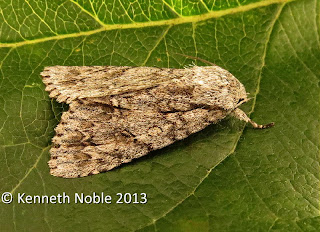 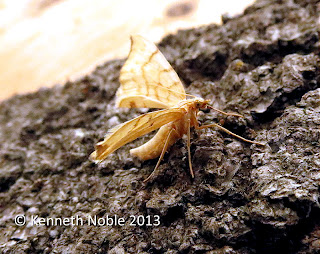 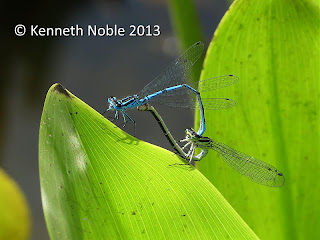 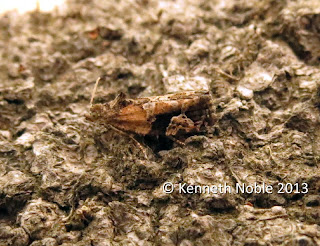 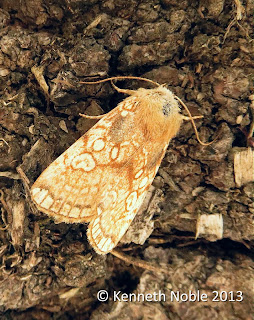 angle shades larva on our Pyracantha 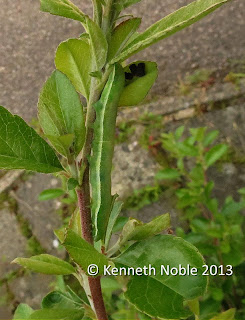 I did say i'd let you know when I started my new blog for my adventures on Portland.  Well here it is http://theportlandnaturalist.blogspot.co.uk/  Been going a week now.  Plenty of moth stuff, alongside everything else!

Shame young Bill has deserted you for a far-flung bird observatory, oh wait.

This last week at the station has easily been the best of the year both in terms of quality and quantity, the macro yearlist now stands at 57 with the highlights of the week including a Small Ranunculus on July 10th, the fourth consecutive year this species has put in an appearance, I've also had in in previous years at Earlsfield and Raynes Park stations so I'm guessing it must be fairly well established in the suburbs. A Cypress Carpet turned up on July 12th, the third station record following on from the two I had last year and the rarest of the lot (in a Berrylands context) a Blue-bordered Carpet, the second station record following on from the first in 2009.
﻿﻿﻿﻿﻿﻿﻿﻿﻿﻿

A nice session mothing on Merrow Downs, Guildford, last night. The most notable macro presence was the sheer number of Grass Rivulet, with 80 in one trap alone.  In our 5 traps we managed c80 species (I've forgotten a few!) under mostly cloudy skies:

Last night, I thought it might be worth trapping after our Nightjar walk at RSPB Farnham Heath, though the weather was not ideal.  Unlike in the past, I did not have my generator, so I had to make do with using the power from the office, which meant the location was not the best.

Nonetheless, after a brilliant Nightjar walk in which I got my best views ever, I left the trap running overnight, and opened it up in the morning to a good number of moths.

Nothing spectacular, but 95 moths of 32 species is a good haul all things considered. 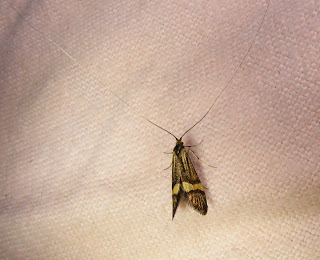 The first field trapping session of the year (which, thanks to the weather is much later than usual) was at the beautiful Leith Hill on the 31st.  I had an early-ish start the next morning, so wasn't going to bother going, that is until I heard the warden, Sam Bayley, was planning to attempt to ring Nightjars at the same time.

We started to set up 5 traps in a 'string of pearls' type formation along the paths.  Sam set his nets up much further away, so our lights would not interfere with his efforts.

The sun had barely set before we heard the first Nightjar.  There was one particular spot near one of Bob Arnfield's traps that was absolutely brilliant for them, and we were treated to a magnificent display by at least three birds, often flying about over our heads! They weren't bothered by our presence at all.  This was in the end a little frustrating, as sadly, Sam failed to catch any birds. In fact the spot he had chosen saw little activity!  We held the monopoly where we were!  I have never been to a site with so much activity from the nocturnal birds, beacuse in addition to the caprimulgus-fest, a couple of Cuckoos called late into dusk, and there were loads of Tawny Owl and Woodcock about.

Onto the moths.  It was a nice muggy evening to start with, but the sky soon cleared.  At first numbers appeared pretty poor (the story of the year so far it seems), but we actually accumilated a decent haul by the time we packed up at 1:30.  The highlights were a load of Alder Kitten, and 2 Little Thorn, both lifers for me.  I did see a few micro lifers, but it was a fairly poor night for micros in truth, with little variety.  I am unsure which ones were lifers, as my laptop has recently broken, so I don't have my life list to hand. 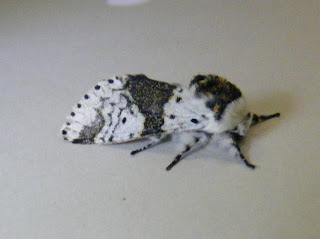 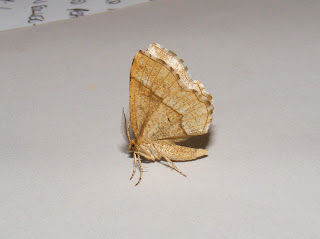 In a couple of weeks time, I will be moving down to Portland, Dorset, so I will be leaving this blog.  Many thanks to all the blogs followers, and I hope you will continue to support it.  Thanks as well to all the other contributors to the blog, particularly Bill, who originally set it up and invited me to join.  Keep it going from strength to strength guys!﻿

Once settled in, I will probably set up a new blog encorporating all my wildlife sightings from the island, and I will hopefully add a link here once it's started.
Posted by Sean Foote at 13:11 No comments:

It's been a very slow start at Berrylands this year, Oak Beauty on April 9th and Dark Chestnut on April 15th were both station firsts and very welcome they were, but things picked up yesterday with a Brimstone Moth and a Toadflax Brocade, the fifth succesive year I've recorded this species here. The macro year list stands at 12 species but things should really start to pick up from now on

Nick
Posted by Nick Tanner at 15:09 No comments: